Festival of the Blessed

The festival of the blessed is the popular Summer festival of Villafranca, they are not the festivities of the patron of the village as that is St. Barbara on the 4th December. The origin of these celebrations dates back to the end of the 18th century. 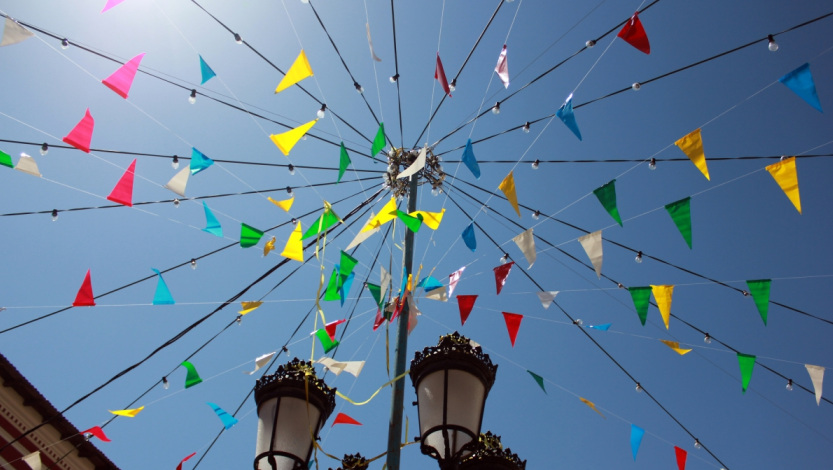 The element of excellence for tradition is the coming out of the demons on the Friday of the festivities, the giant headed costumed figures and music accompany the demons, becoming more and more popular each year. It is important to add that the figure of the demon in Villafranca is present from the first ever written program. However, there isn’t an exact date to establish when the face masks of the demons were first introduced but word has it that it dates back to at least 80 years ago, possibly one of the oldest peculiarities is that the mask was and is made from almond wood. The sound of the bagpipes, flutes and drums announces the coming out of the large headed and masked demons and the street procession commences with the neighbourhood children running in front and behind the demons.

The actual festivities have an ample program of activities of all kinds. Conferences, expositions, sporting activities, playful activities and games for children and youths, mass for the older generation, theatre presentations, open air cinema, a young people’s music concert and the, open air Saturday evening dance (Verbena), the municipal band, a firework display on Sunday with the street parade and of course the demons coming out, are elements that are always present in the program of festival activities. The participation in the festival of the Blessed is especially remarkable and representative for many as the start of the Summer holidays. As of a few years ago there has been a growing popularity in a festival that goes by the name of Sa Revola that many young people celebrate on the last Sunday of the festivities, coinciding with the end of the official program. This is not included in the official program and occurred spontaneously one year, it was the initiative of a group of youths and has grown in popularity, lorries of water, the demon of Sa Revola and the masked demons form part of this private end to the Summer festival.